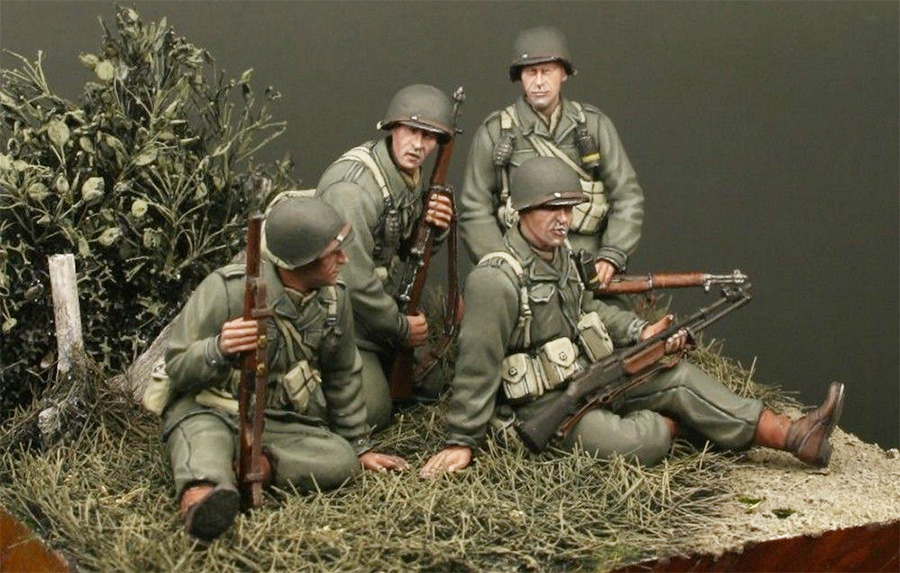 Dragon action figures were first introduced in 1999. They are fully pose-able 12” military figures with highly detailed cloth uniforms, weapons, equipments, and other accessories.

DML is a leading manufacturer of plastic model kits with products ranging from aircraft, action figures, dies cast collectibles, and many others. They were established in 1987 and markets under the label “Dragon”.

DML’s Dragon action figures set the benchmark in high quality collectable action figures, winning awards and recognition as well as attracting the interest and passion of many action figure collectors.

Dragon figurines are of the worlds finest. Each dragon figure comes with its own name, unique head sculpt and elaborate accessories.

The New Generation Life Action Figures series has released over 400 licensed figures which are mostly from World War II and Modern Special Operations & Law Enforcement (US, German, British, and Russian).

Below is a list of famous collectible Dragon figurines from a variety of DML action figure lines. Browse through the list of acclaimed military figures to add in your collection.

DML expanded its action figure line with the launch of Dragon Minis series. Dragon miniature action figures are small and stylized figurines intended towards the younger fans emphasizing on both collectability and fun.

Another series, the Action18 features fully pose-able figurines in 1/18 scale that is appropriate for modelers and diorama builders. Dragon Minis action figures comes in lifelike head sculpts, moveable and interchangeable parts and joints, detailed accessories, and a re-usable packaging.

DML’s dragon action figures are a diverse collection of military figurines as well as figures of famous and influential people. These elaborate action figs are no cheap items and you have to be careful in buying one.

What dragon action figure to buy?

– Dragon’s action figure line encompasses numerous military themed figurines. When you decide to buy one, opt for a collectible dragon figure that is of your interest.

– If in case you have no particular figure that you want to acquire or you are just having a hard time choosing, consult an updated and reliable dragon figures checklist.

– From the list, pick the piece that you are most passionate about, do a search on the figure so you have the necessary knowledge on what you are about to spend money on.

– Our list of prime collectable dragon military figures can help you start your dragon figures collection and boost the ones you already have.

Besides collecting, Dragon figures also serves as ideal gift items. This military action figure is a fitting present to a friend or a family member who has served in the military or is still active in the service.

How to buy dragon action figures?

1. Check the condition of the dragon action figure you are about to buy.

2. Consult reliable and updated dragon action figure price guides. This will help you have an idea as to how much your figure really costs.

3. Make sure to buy from a trusted dragon figurine seller. Research on the seller or dealer’s reputation so you are sure and positive about making your transactions. Check the seller’s feedback or ask previous buyers for reference.

4. Clarify the terms and conditions of your purchase such as return policies, warrantees and guarantees, and extra fees such as shipping costs.

5. Beware of dragon action figure fakes and imitations. Refrain from buying those “Plain White Boxes” action figures that has no item image, they are counterfeit figures disguised to appear as originals.

Where to buy dragon action figures?

You can look for and buy dragon action figures for sale on online dragon figures stores and shops. Just make sure to purchase only from trusted sites.

However, buying from online auctions requires you to have a sufficient knowledge as you will be bidding with a number of dragon action figure collectors for the same item.