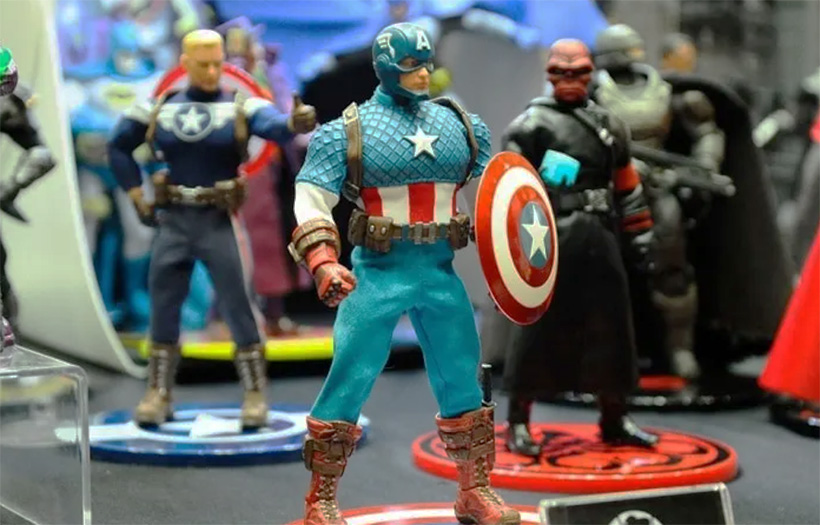 A guide on how to grade and valuate your action figures

Do you consider your action figure collection as a financial investment and expect later profit?

If you have plans of reselling your collection to the collectible market, you have to know what figures to further acquire and how to valuate what you already have.

The value of an action figure can rise and fall depending on the collectible market’s present demand. Its price greatly depends on the action figure’s condition and other related aspects. The popularity of the figure in a certain period of time also contributes to the action figure’s worth.
This is one thing to watch out for when you expect financial gain from your collection. The worth of collectable action figures can simply fall out and suddenly rise.

Also, the price and value of an action figure mostly depends as to how much a collector is willing to pay for it. However, when you decide to sell your figure to a dealer, expect him to offer a lesser amount for the piece, as he also needs to make a profit for himself.

You may wonder how action figure price guides decide on an action figure’s worth. Knowing how a figure is graded and valuated will give you an idea.

Determine the condition of your action figure:

Collecting action figures is both a rewarding hobby and a profitable investment. In terms of making profit, an action figure collector should be well aware of his/her collection’s value.

An action figure’s physical condition is the main attribute that dictates its worth. Below is a list of basic grading conditions used to valuate action figures:

Carded action figures with cards that are flat, no signs of stains, tears, crease, holes, writing (autographs are exempted), with bright and clear colors.

The action figure itself has tight joints with no discoloration, dirt or grime buildup and paint chips. The figure is not malformed and has no cracks (of any size).

The bubble (plastic bubble), should be clear and completely attached. No yellowing is allowed, as well as dings, cracks, dents and any other kind of defects.

The card should be flat or nearly flat. Must not have stains, tears, crease, holes, writing (autographs are exempted), with bright and clear colors (if any exists, should be minimal).

As much as possible, the action figure should be close to its original condition. Minor issues are allowed such as a maximum of 2 missing accessories and one single loose joint.

Paint loss, cracks of any size, malformed parts and discoloration are still not allowed in this grade.

The bubble should only have minimal and barely noticeable dents. It should still be clear and completely attached.

The card is now acceptable to have curls and crease (to some degree). The colors should still be reasonably bright and has no major tears, holes, stains and writing (autographs are exempted).

The action figure must still be complete with no missing and broken parts. Lack of most original accessories, minor discoloration and paint loss is allowed.

The bubble should still be primarily attached with minor dents and malformation and minimal cracks.

The card may be cracked with dull colors remaining. It could also be curled and creased with small tears and holes, stains, dirt, and writing.

The action figure may have none of its original accessories. It can show excessive wear, loose joints, paint loss, and discoloration.

The plastic bubble should still be primarily attached with some detached sections. It may have noticeable and pronounced damages and large dents.

The card is completely folded and severely curled, creased, and cracked. The colors are faded, dull, and discolored with more pronounced stains, dirt, tears, and holes.

The action figure is in bad shape, has major paint loss, very loose joints, extreme discoloration, and some minor breaks.

The bubble is severely yellowed, detached, and completely crushed. It contains pronounced tears and major dents without any reformation.

The card is completely ripped off and curled with the presence of permanent holes and water stains. The print colors are faded with several writing.

The figure in this condition is generally considered trash and in absolute mess. Its limbs are broken off. The action figure has major paint loss, bite marks, and many other damages.

Its bubble is totally detached with major crushing and complete yellowing. Other bubble damages may be present.

Rarity of an action figure

This pertains to the uniqueness of an action figure. These are mostly the ones that fell under limited edition toy lines, or those lines that were cut off from production and released only a few pieces, and lastly those that belong to earlier releases thus are already considered vintage action figures.

Those action figures will be sought after by collectors for their worth that can boost a collection’s value. But again, no matter how rare an action figure may be, its value will still greatly depend on its collectible condition.

The Action Figure Authority or the AFA is a site dedicated to grading packaged, loose, and prototype action figures. If you want a trusted and professional opinion of your action figure’s worth and value, AFA can efficiently provide.

Many action figure collectors and enthusiasts seek the opinions of AFA and other action figure grading specialists to establish their collection’s monetary worth.