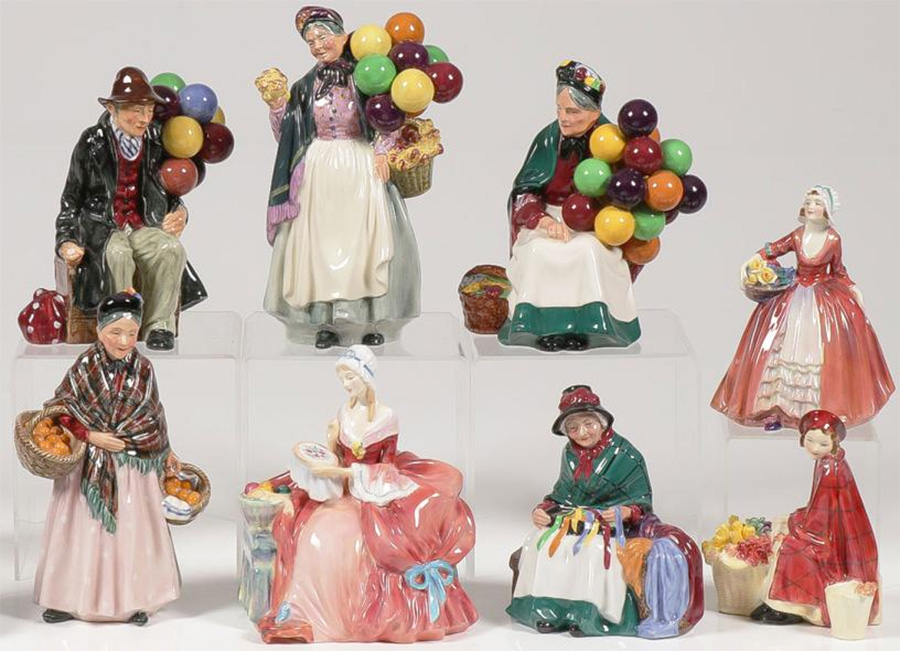 A peek at the historical & valuable collectible Doulton figurines

The Royal Doulton figurines history, before it has become one of the most prominent companies in England, can practically be traced back from 1815 when John Doulton founded Doulton Lambeth pottery in London.

When John Doulton’s second son Henry joined the pottery firm in 1835, the latter had brought tremendous changes in the Doulton history with his innovations and experiments bringing the company to expand on artistic pottery items.

So, George Tinworth came into the picture in 1867 and instituted an art pottery in Lambeth being the company’s main designer.

The unconventional aesthetics of the Doulton company had caught the attention of the royal family. In 1901, the company earned the Royal warrant by King Edward VII. That momentous event to the Doultons had also marked a new face – thus the brand name came, Royal Doulton with the logo of a British lion with a crown.

From then on, Royal Doulton had continued to lived up to its name of royal quality. It became a brand of contemporary craftsmanship. The company launched figurines, then came character jugs and Bunnykins from Beatrix Potter’s children stories.

From the long years of their existence, Doulton Figurines until now, bring a lot of collectors. Not only because they are beautiful but simply because the figurines and other ceramic items tell so much of history.

No wonder a lot of people get fascinated with Royal Doulton character jugs that portray prominent people in the past such as George Washington, Queen Elizabeth I, King Henry VII among others.

It is one way of loving history not needing to read history books. Not only do they tell yesteryears, the more valuable Royal Doulton figurines were simply part of history as some of them were still made in the year 1913 and beyond.

Royal Doulton figurines are not only pieces of the past. They have surely adapted to the modern world as they also have collectible figurines of Disney and Harry Potter characters. What is great about it is that they retain their traditional quality but have kept abreast with new designs and creativity.