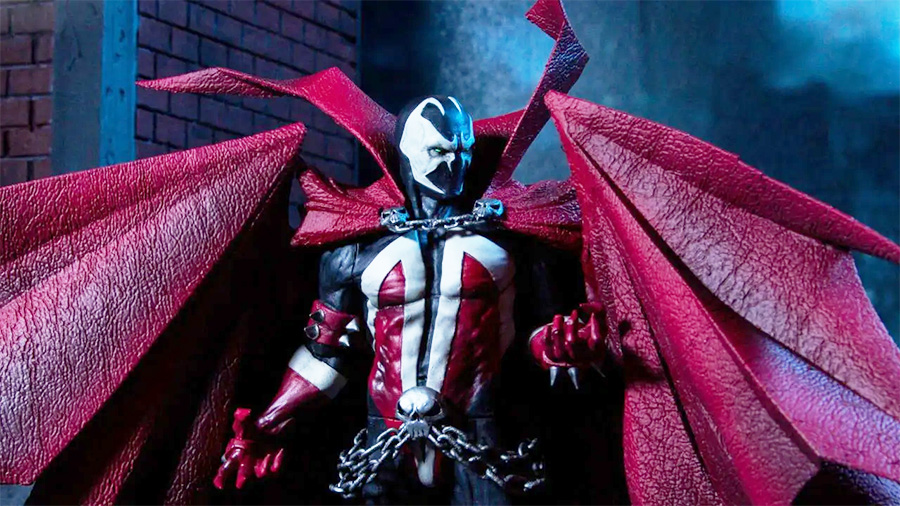 Todd McFarlane was a baseball player then became a comic artist and entered the world of marriage. During his years as a comic artist, he created a cartoon character named Spawn.

In 1992, Todd McFarlane introduced his own character, Spawn. It was his first comic book that was sold 1.7 million copies. He then realized an expansion of his business by making an action figure based from his own comics.

In 1994, McFarlane founded McFarlane Toys. Over the years, the company has become one of the largest and most renowned toy manufactures in the world.

Aside from Spawn, there were other characters that were depicted like KISS, Shrek, X-Files, Austin Powers, Metal Gear Solid, Clive Barker, Akira, the Beatles, Army of Darkness, Jaws, Rob Zombie, Alien, Predator, AC/DC, and dozens of others.

McFarlane wanted to produce more action figures based on outdoor games like football, baseball, hockey, and basketball. Nowadays, Todd McFarlane currently has the right to produce action figures of professional football, baseball, hockey, and basketball. Todd McFarlane sports figurines became one of the sought after sports figure in the world.

Collectors of McFarlane figures continue to increase over years since its first production. McFarlane collectors search any means just to own one of the best action figures in the world.

As each year passed, the vast increase of action figures McFarlane collectors list is totally unstoppable. To stand out among any other collectors, you must be informative about the action figure you are collecting.

Each year, McFarlane Company produces different themes of characters. They depict different cartoons and humans like:

They also have there own line of proprietary figures including McFarlane’s Monsters, McFarlane’s Military, and McFarlane’s Dragons. Another series of McFarlane action figures are the following:

Where to buy McFarlane action figures?

McFarlane figures are sold worldwide through McFarlane companies in the United States and Canada. McFarlane Toys can also be acquired by some distributors from Japan to Europe and Australia.

• Direct sunlight – it can cause the plastic to become faded and blotchy.

• Heat – intense heat can cause the plastic to become soft and misshapen.

• Dirt and natural oils – moisture from our fingers can cause a grimy buildup on your figurines if handled too must. Dust, not really harmful to the figure but it lessens the pleasing appearance of the figure.

Store or display your action figures in a room that has an average temperature. Cardboard boxes are not ideal for storage as they give access to heat and humidity. It also contains acid that can cause the action figure to discolor.

The best way to keep the McFarlane from depreciating is not to open the seal. Dust and dirt cannot accumulate inside the box if it sealed.

By following these few tips, you can enjoy your McFarlane collection in longer years. By maintaining the original value of the figure, buyers will not hesitate to take advantage of the figure because it still looks impressive.

Being one of the biggest action figure companies, McFarlane toys give excitement to their collectors by producing limited number of McFarlane action figures.

What is a chase/variant? Chase/variant action figures are produced on a limited basis and are made intentionally different than most of the production run. These chase figures are highly sought after by collectors and generally carry some additional value on the secondary market.

The 1996 Shane Doan is produced in a limited number. The MacFarlane sport figure depicts the professional ice hockey forward wearing a blue Winnipeg Jets jersey. There were only 1,996 units produced to commemorate the last year of the Jets organization before it was moved to Phoenix.

Another set of rare McFarlane sports figure is the 2003 Teemu Selanne. There were only 13 action figures released. One of those 13 action figures is recently sold for $25,000. So keep your eyes open at your local stores. You might be the last one to know about it.

With McFarlane’s details, accuracy, and reputation for delivering picture-perfect facial likenesses, their action figures were sought by most action figures collectors. When buying a McFarlane action figure, the first thing to do is to conduct a physical examination. Check for any signs of defects, lost accessories, damage packaging, etc.

McFarlane’s action figures have been a sellout success with every series and can be found at most major retailers. The price ranges from $5 up to $100. McFarlane action figure raises its value as years pass.

But do not expect that those rare and first action figures of McFarlane cost as stated above. Rare McFarlane figures usually cost $100 or more. Other chase sports figures cost $8,500 and even higher than that.