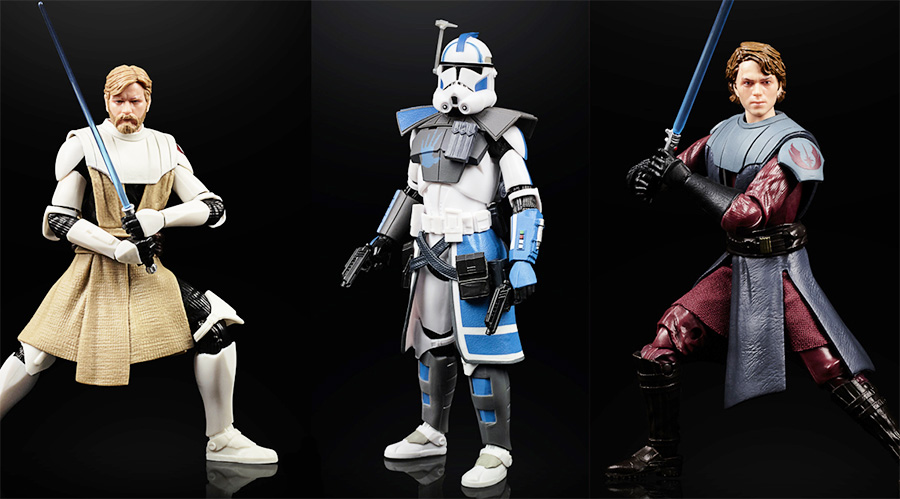 The idea of collecting star wars action figures started a year after the release of the first star wars motion picture.

Relating to star wars action figures history, Kenner Toy Company was able to buy the first license to produce a line of star wars toys based on the characters of the film.

From 1977 to 1985 the company produced more than 90 unique action figures and 300 million star wars figurines were sold.

Kids everywhere clamored for Kenner’s first wave of 3 3/4 “star wars figures to complete their collection. Along with the action figures were vehicles and play sets also based on the star wars film.

They were packed in clear plastic and are attached to product card which promotes a list of all other available and upcoming action figures as well as other related products.

The multinational toy and board game company Hasbro bought Kenner in 1991, making Kenner their largest subsidiary due to the star wars success. The toy line was reintroduced in 1995 and was called Power of the Force.

Hasbro continues to produce the star wars toy line relating to all the six star wars films but, the original Kenner toys are still what collectors sought after.

The appetite for collecting star wars figurines continues to arise. Even long time collectors still sought for bits and pieces here and there, selling and buying and trading figures to complete their collections.

New batches of aspiring collectors are now in surface, for your presence to be felt in the tough community of star wars action figure collecting one must be informative as to what and where these action figures best be acquired.

First off is to have an original figure from the 1970’s. However, the fact that many collectors had already begun their hunt ages ago, it would be very difficult even to find it much less to snag one. What you can do is move onto the next line of the collection, the Power of the Force.

In collecting Power of the Force, never miss to attain the action figures of Luke Skywalker, Han Solo, Princess Leia, Darth Vader and his storm troopers. But again, they too are no longer for sale in stores, just be resourceful and try surfing the net, there maybe an online auction or might be someone wishes to sell his figures.

Another addition to your action figurines are the star wars vehicles. Most of which were featured in SW episode 4, 5, and 6.

It would be very important for your collection to follow the toy line produced by Kenner and Hasbro. Indeed, to get one might not be that easy, but having them included in your set will boost its value.

Next is to start getting them clone wars action figures, this, you might not have much problem, since the clone wars toys was recently released along with the movie.

Another approach to instantly abound your collection is to invest on buying another collectors entire heap! Chances are flimsy but try watching out for them.

As star wars holds a top spot as a sci-fi film, more and more people want to collect. It is not only for mere fun but a passion and an appreciation for what star wars has contributed to the film and toy industry alike.

How to maintain your star wars action figures collection?

Investing on an action figure collection requires two important factors, passion and money. For some, collecting in general can be considered useless, a waste of time and cash. How much more in collecting toys? But for those who delve on it, it is a fulfillment.

In keeping one, collectors must be aware of the importance in maintaining it. After all, it is an investment. Make it collector worthy for the years to come.

In packing your action figures, use extra padding or bubble wrap them to avoid damage on the inside. House the figures in a clear and undisturbed location. Avoid piling boxes on top of each other as this might ruin and deform those at the bottom.

All good collectors know that the star wars action figure value depreciates as soon as its package is opened. So keep it sealed.

Free your collection from dust. Clean them loose of debris and dirt, if not, it could end up full of filth and cloud up the package.

Use either cardboard or plastic hanging loops in hanging your star wars figures on the wall. Sturdy tacks should also hold its packages in place.

How to price and sell your star wars action figures?

Star wars has reached the peak when action figure popularity is concerned. For 30 years, it has continually been among the widely hunted addition to any collectors pile. With this matter in concern, several collectors mix pleasure with business.

Primarily, in selling your action figures learn first how to price them. In doing so, conduct a thorough physical examination of the figure, check it for any signs of defects; such as tatters in its costume or lost accessories, damaged packaging, lost accessories, and anything else amiss.

Several series of the star wars figures have been released, so it’s best to determine their series identification information which will then give you its exact age. This is necessary if you wish to sell your figures and verify their value. Usually the older and rarer, the higher it’s price.

Take into consideration the every defect on the action figure to provide a fair value. Visit auction and commercial websites that feature star wars figures and compare prices. Another tip is to have your star wars toy graded.

Proper advertising is essential either in selling your figures online or in person so make sure to have great photographs. Set a fair starting price and know the right category for your action figure.

Star wars action figure collecting is a serious hobby. If you want to start collecting now, it would be best if you know what to collect and what exactly are you collecting.

It is important to know the lines of collection released by the licensed SW action figures manufacturers. Through this, collectors will be able to trace the series and determine which figures are missing in their set.

Refer to star wars action figures database & checklist for a comprehensive list of all star wars toy line collections. The database would be a perfect tool for star wars collectors who want to know all other star wars figs in the broad assortment of star wars figurines.

What comes into your mind every time you hear the word rare? You may think of vintage, infrequent, out of the ordinary or unique maybe?

In collecting star wars action figures or any collections for that matter, rare is always associated with the word valuable. Why? Simple, all rare items are scarce and in collecting, the rarer your item is, the higher its price.

As it concerns great value, it would be best to properly know how to collect classic star wars figurines. Naturally, a part of these vintage figurines date back to 1977, to Kenner’s original first wave of star wars figures.

The 1977 vintage Luke Skywalker, was one of the top sellers at that time which relates to his lead role in the film. The “yellow haired” Luke, is noted among collectors. It was particularly used to differentiate with the brown-haired Luke that was later released.

Early Bird action figure sets, still by Kenner arrived in the market in 1978. Obi-Wan Kenob, Luke Skywalker, and Darth Vader figures back then came with a Telescoping lightsaber accessory. The lightsaber was difficult to manufacture, therefore only a hundred versions were ever made and the Darth Vader figure holds the highest price, an average market value of $6,000.

Another rare figure is the 1980 Rocket Firing Boba Fett. In 1980, Kenner’s released the first Empire Strikes Back figures which included the original Boba Fett. The action figure came with a missile that fired from its back which Kenner officially denied. However, some surfaced and collectors pay substantial amount for one.

Star wars miniatures were produced by Wizards of the Coast originally released in September 3, 2004. This collectible tabletop game is based on the fictional universe of Star wars.

It is more or less similar to the mechanics of any table top game; however there are some distinguishing features with regards to ratings, bonuses and other special abilities of the miniatures.

The game requires that the players build point-based squads from any of the ten in-universe factions then conduct battles using the miniatures between the squads.

Set themes are from different time period and settings from star wars universe with multiple maps and various scenarios.

What’s a little more endearing to collecting star wars minis is that it includes miniatures with four levels of rarity namely; common, uncommon, rare, and very rare. Know all these collectible mini figures and refer to star wars miniatures database & checklist for a complete list.

With star wars dominating the action figure industry for no less than 30 years, the demand has not yet ceased. In fact collectors are all eyes and ears for any latest updates, new lines of star wars toys to collect.

Recently, Hasbro has yet again released another wave of SW figures.

Six tin collections will be available, it includes four 3 ¼ figures with collector tin. Each commemorates one of the six star wars movies. Wave 1 is listed below.

Lightsabers are just as demanded as the action figures themselves. The Force Action Lightsabers springs to life at the touch of a button. Included features are light and sound.